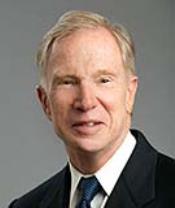 Keith Casto’s practice focuses on energy and environmental regulatory and transactional consultation, environmental and toxic tort litigation, white-collar environmental criminal defense, electronic data and cybersecurity. His energy and environmental law expertise stems from his 10 years of practice at the U.S. Environmental Protection Agency (EPA) at the Atlanta Regional Office and over 20 years in private practice in Northern California and Atlanta, Georgia. He is an expert in conventional and renewable energy projects, greenhouse gas emissions credit trading, green technology financing and renewable energy project development, and is an international speaker on these issues. His e-data and cybersecurity practice embraces both counseling and litigation. Mr. Casto has been included in the 2011, 2012, 2013, 2014 and 2015 editions of The Best Lawyers in America.

Mr. Casto is on the Board of Directors of the Bay Area Council, the United Way of Silicon Valley Advisory Board and the President’s National Advisory Council of the United Church of Christ.