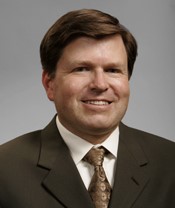 Mr. Warnke is frequently consulted on environmental due diligence issues arising from the acquisition of industrial and commercial properties and on general permitting matters involving proposed facility expansions and development. He also has particular expertise in the preparation and negotiation of contracts for the treatment, storage, disposal and management of hazardous materials, and for emergency response services.

Mr. Warnke is also knowledgeable regarding current developments on climate change and global warming regulation occurring at both the state and federal levels.  He has dealt with issues involving assessment of greenhouse gas emissions under the California Environmental Quality Act (“CEQA”) and works in implementing, counseling and compliance for regulatory developments under California’s Global Warming Solutions Act of 2006 (“AB 32”).